How to Stop Eating Your Hair? I Eat My Hair

How to Stop Eating Hair: That was a question I hadn’t really thought much about until I read an article on Trichophagia, or a hair eating condition.

I eat my hair!

I understood my hair pulling was a problem, but I hadn’t even thought about eating my hair. I didn’t realize that eating your own hair is often a part of the trichotillomania hair pulling condition. I would always pull my eyelashes and eyebrows, study the ends, gnaw on the little white knob a bit and then eat my hair. It took me quite a while to realize that sensation of having something in my throat all the time was actually the eyelashes and eyebrows that had become stuck on the way down. Sometimes I was eating so much of my hair that it would get stuck in my throat and tickle for days.

So, what exactly is Trichophagia?

Trichophagia (1) is defined as ‘the habit of eating hair, a form of pica, or the persistent craving and compulsive eating of nonfood substances. It is an ‘Eating Hair Disorder’; a c 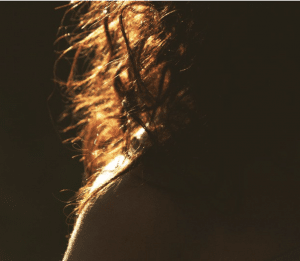 ompulsive disorder where the individual eats, chews and swallows his or her own hair. It is not the same as chewing on the ends of one’s hair. The hair is chewed and ingested.

While some trichotillomania sufferers just pull out their hair and do not eat their own hair, most sufferers from trichophagia start out as a hair puller and then develop eating hair disorder as their trichotillomania gets more serious.

Ritual is an important part of trichophagia (as it is for trichotillomania), and involves touching the root bulb to the lips, tasting the hair, chewing and swallowing it. The hair that is eaten can be body hair, hair from the head, eyelashes, eyebrows and even pubic hair. Trichophagia, or hair eating, is present throughout the world, in all ethnicities and social backgrounds.

What is ‘Rapunzel Syndrome’?

Is Trichophagia, or hair eating, dangerous? 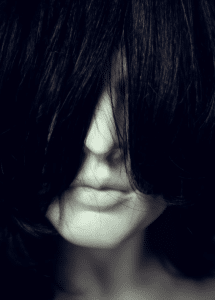 Trichophagia can be dangerous in some cases, due to creating what is known as ‘trichobezoars’ or human hair balls in the intestinal track. This can cause pain, indigestion and even digestive troubles. While normally the hair remains in the stomach,  hair moving into the intestines can prove to be fatal is not caught in time. For some hair eaters there may be the need for medication or even surgery to remove the hair that has collected in the stomach and intestines.

Why am I eating my hair?

You are eating your hair because you have a condition known as Trichophagia. Trichophagia is like trichotillomania. Many people mistakenly think that hair disorders, like hair pulling and eating hair disorder are nervous habits. Those close to the sufferer may say ‘Just stop eating hair!’. While this sounds simple enough, as anyone who suffers from trich disorders knows, like with hair pulling, you can’t just ‘stop eating hair’. While no one is completely sure of the causes of hair eating, Trichophagia is similar to other obsessive compulsive disorders. Theories for the causes of hair eating (as well as hair pulling) include:

It’s important to identify why you might be eating hair in order to find the best treatment for hair eating. In any case hair eating disorder is very similar to trichotillomania and this why many trich sufferers also suffer from trichophagia. It is most likely that this eating hair disorder is caused by chemical imbalances.

Treatments can include drugs, but for long lasting and healthier results psychotherapy, behavioral modification therapy and natural cures for hair eating should be tried. Unlike hair pulling, in serious cases, those suffering from Eating Hair Disorder must be careful to watch in case the build up of hair becomes problematic. If the ingested hair becomes a problem then medical intervention is necessary. Therefore if you realize ‘I am eating my hair’ you should seek medical advice to avoid the build up of trichobezoars (hair balls), which can even cause death in serious cases.

How to stop eating hair 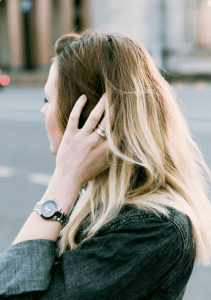 The most serious part and difficult thing to stop eating hair for me was the fact that this was all part of my intricate hair pulling condition. I needed to break the hair pulling and hair eating habit together, So I made sure to use my journaling and self-awareness work, along with my Trich Stop Hairgrowth Oil to modify my behavior by stroking (my eyelashes and eyebrows, as well as my lips when I wanted to eat the hair), rather than plucking and eating. By identifying this as a part of my condition I was able to integrate it into my hair pulling treatment.

So if you are thinking ‘Why do I eat my hair?’, realize that you have a legitimate medical condition known as Trichophagia’ and start treating it with cognitive behavior therapy (journaling, self-awareness, etc), natural products that will help you build new and different neural connections and kindness to yourself.

(2) Rapunzel Syndrome: A Comprehensive Review of an Unusual Case of Trichobezoar – US National Library of Medicine, National Institutes of Health